Your faithful correspondent, back in the saddle (#texasreference). Or more properly, the executive desk chair in her room at the very cool Embassy Suites hotel in Dallas - our final lodging for this excursion. We pulled in to town after a ~4 hour drive up from lovely Austin (including a mandatory stop at Buc-Ees, ask your kids, I was there for the summer sausage), arriving at the corner of Elm & Houston Streets. Those names might not mean anything to you, but if I add that Dealey Plaza is across Elm, I think you'll know why we were there. The former Texas School Book Depository building now houses a museum on its (infamous) sixth floor, a museum that delves into the dark history of November 22, 1963, as well as the legacy of President Kennedy. Somber, illuminating, distressing - and once again, our students found ways to incorporate what they were seeing in front of them with the lessons they've learned along the way at AB. Your chaperones are very proud.

I say once again, because of course on this trip we've been to the aforementioned LBJ Library, the Alamo in San Antonio, and the Texas state capitol building, where our tour guide, Sheriff Billy, told rousing tales of battles and generals and founders and flags. The students joined in the conversation with thoughtful questions and lively answers, and we all felt warmly embraced by the sunset red granite of this beautiful building. 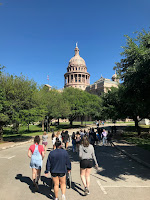 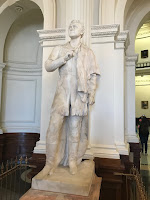 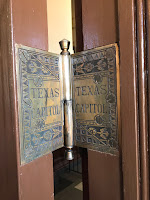 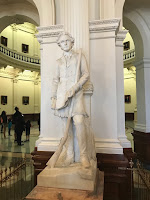 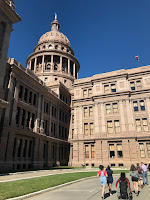 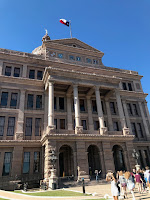 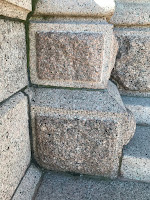 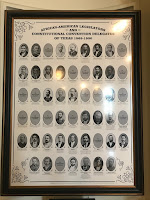 Of course, this was the day after our trip to San Antonio, to take in its WPA-created (#historyclassreference) Riverwalk, including a boat tour that was strategically planned to fall at the exact moment of the one torrential rainstorm we have experienced in an otherwise flawless weather cycle. The strategic plan was (a) bonding in dampness (b) tour hero Maury and local sidekick Annie convincing staff at hotel lobby whence tour boats depart to give us 1 million towels, which (b)(i) they will happily provide in exchange for a song, which leads to (c) this charming video definitely featuring at least one towel on one head. Marriott, you GET points from us for this act of kindness! #anothermomentofgratitude #marriottmoment And that's the thing about music, as I'm seeing over & over & over & over this trip - as I do whenever I sneak into that Period 5 class or happen upon a group harmonizing in the East wing stairwell: music makes everything better.

Dear readers - if you're still there - we've reached that point in every blogger's life when she realizes it's really really hard to document things as they're happening, especially when so many of them are so profound and beautiful and really evanescent (#vocabwords). It is now the actual last day (possibly!*) of this amazing trip, and I haven't even had a chance to write anything about the music that has been at the heart of this trip. There's been so much of it, but I want to post this entry while I gather my thoughts about most of it. However, I titled this entry with a quote from our wonderful tour director, Maury, who is also a singer, and I want to elaborate. Before the students began their first concert, at the Basilica of the National Shrine of the Little Flower, on Saturday, Maury asked audience members not to clap in between the songs. All the music sung by the choirs that day was sacred, and Maury's request was in an effort to facilitate a choral meditation for singers and listeners alike. Many of the students told us after they finished that they had in fact found themselves meditating, lifted beyond themselves, and in some cases returning to find tears on their cheeks. They were not alone, and if you watch and listen to this, "The Lord bless and keep you," you can join us.

If Music Sends Shivers Down Your Spine, You Have a Special Brain

I saw this headline in my Facebook feed on Friday morning, & my first reaction was, hey, that’s me! When the morning music starts at the beginning of Period 3, preceding our daily announcements, everything in my brain stops in its tracks & zeroes in on whatever is playing. Could be Motown, or “Chandelier” or a song I’ve heard at one of our proms that I have no clue who’s singing it-music does indeed send a thrill through me, which is what makes me so very grateful to be on this trip with Mossy and her gang of super special music makers. With this blog, I will try to share enough to give you some of a sense of how and what we’re doing here in Texas, with enough doses of beautiful music to give you some shivers too.

Let me introduce myself: Genevieve Hammond, erstwhile high school teacher and, for the purposes of this blog, the biggest fan our your AB music program. Honestly, swore I'd never travel with students (we all need a break, right?), but when you're known to spend your free period sitting in the corner of the Chorus Room during Concert Choir, and then they ask you to chaperone, you don't have a lot of reasons to say no. And on this morning of our third day in Texas, I have exactly no regrets. That said, I have 40 minutes until we board the buses to go sing at the state capitol (!!), so I'm going to get everything in that I can and then promise to be back later.

You probably know that we left Acton on Thursday by bus, heading to a hotel at JFK, where we slept for what felt like an hour & a half before waking up to go to the airport. Our flight was approximately 1 hour longer than I expected, as I had forgotten about time zones, but even at 4.5 hours, it was still great fun to be surrounded by kids who are brimming with energy, good nature, strong opinions, & comedy routines.

We landed in Austin at around 12:00 LOCAL time, and learned that one of our 2 buses had broken down and we needed to wait for a replacement. This was, in fact, a bit of a bummer, but we were among friends, the weather was literally perfect (70s, dry & sunny), and in a pinch, you can always sing - which they did (Iindonga zaJericho, a  Zulu folk song about breaking down walls of Jericho, nice theme of persistence!). I will confess that this song brought a tear to my eye, even if the singers would rather have been lounging around the hotel pool. #firstmomentofgratitude
The buses did, of course, arrive, and placing ourselves in the very capable hands of tour operator Maury Schulte, we were off to the LBJ Presidential Library, which is located very close to this college football stadium that holds 103,000 crazed Longhorns every Sunday in the fall. 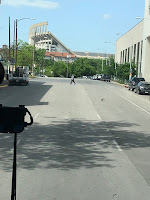 The LBJ is an amazing place, as you can imagine if you've been to other presidential libraries. Exhibits about the times, its culture and music (a special Motown exhibit!), and of course the tortured legacy of the Vietnam War. Students and adults took it in, referencing their US 1 & 2 classes and then running out to the plaza in front of the library to bask in the perfect sunshine. For your reference, here's a picture of your faithful correspondent trying to stand up to the infamous Johnson Treatment: 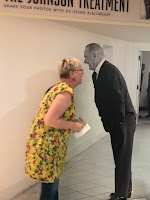 From there, it was on to our first (of at least two!) Texas barbeque joints! This time, it was ribs & brisket at Stiles Switch BBQ, including a visit to the smokers, which apparently run 24/7 and there are never leftovers. And after filling up in Texas proportions, we took off for our home for the next 3 nights, the Hampton Inn & Suites on Pecan Park Boulevard, which has pools & workout equipment which many people younger than your chaperones have enjoyed regularly!

I'm going to hit Publish now, just to get started. Preview of coming attractions: boats in the rain, fish tacos, and sacred music - as well as so many more #momentsofgratitude.

Posted by AB Choruses at 8:00 AM No comments:

Logging off for the NY night

We’ve arrived at the airport hotel in NYC and we are starting to wind down for the night. We’re just so excited to finally be on tour!! Off to sleep, then an early wake up for our flight Austin. More tomorrow! 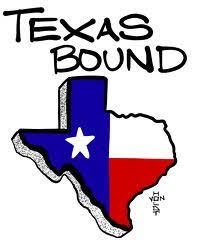 Posted by AB Choruses at 7:44 PM No comments:

One of the best things about Concert Tours is, of course, the MUSIC! Check out some of the beautiful places we'll be singing in: 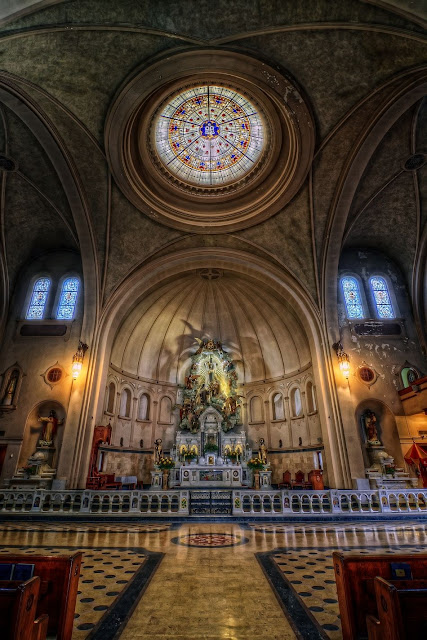 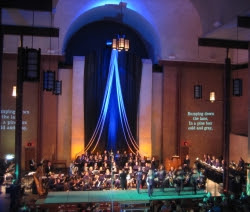 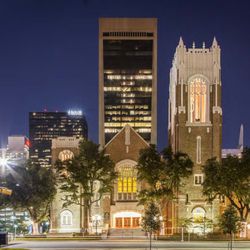 Posted by AB Choruses at 7:15 PM No comments:

We have a very special opportunity in Dallas to spend the morning with the Dallas Street Choir hearing their stories and getting a chance to connect and share music with them. Check out these videos to learn more about the amazing & joyful experience it is to sing as part of this choir.

On Saturday of our trip, we spend the day in San Antonio exploring the amazing food and culture alongside the famous Riverwalk. You can check out more about the area HERE. 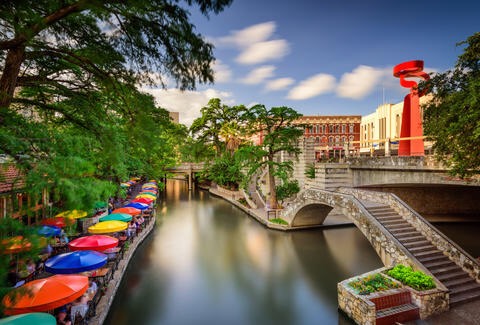 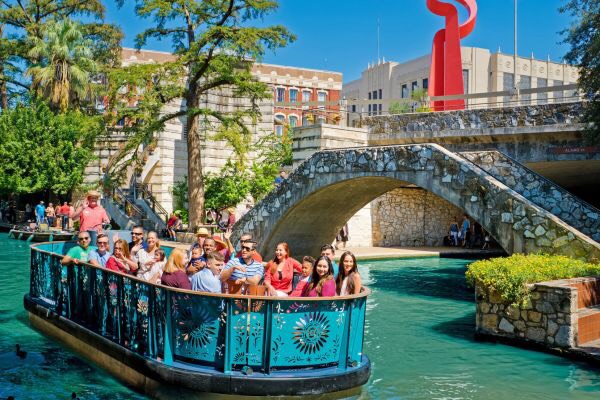 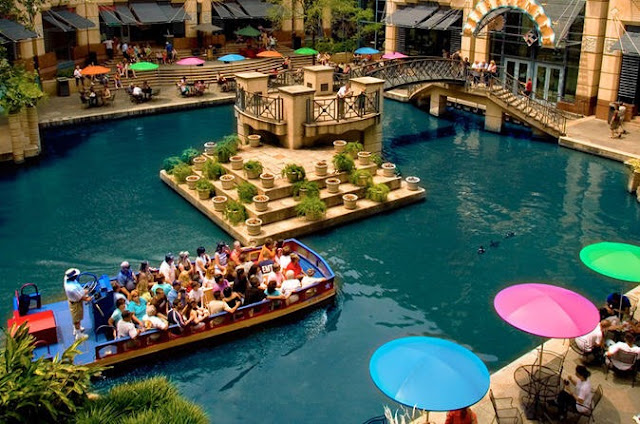